It's not very often that an artist or an album stops me dead in my tracks. I'm deeply entrenched in my music collection, and explore as many new ways to discover new music as possible. Far and away, Spotify Weekly Discover has been the most compelling source of new tunes - and this week was no exception with Lord Huron's masterpiece, Strange Trails.


Listen to the album on Spotify here. 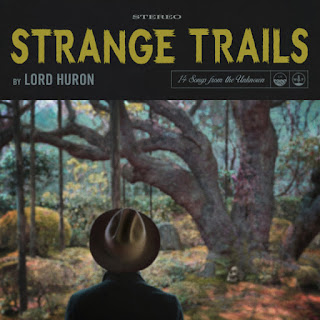 Strange Trails is hauntingly beautiful, with gorgeous melodies and floating reverb. Recorded by frontman Ben Schneider in his Whispering Pines studio in Los Angeles, the album began its life as an idea for a feature film. And it shows. The album plays like an outdoor adventure and instills a sense of wanderlust like no other record before it.

I had certainly heard the name Lord Huron before. But I wrote them off as just another "indie folk" act, lumped in with Mumford and Sons, The Lumineers and about a million others. As it turns out, I just needed to hear the right album at the right time and place in my life. It was perfect as the soundtrack to a productive evening working at my desk, carrying me along to the end of my duties for the day. And it's been on repeat ever since.
Posted by Eric