I Love Gaming, But It Doesn't Define Me

This morning, I read a fantastic article by Ben Kuchera at Polygon titled "Gaming Is Not the Most Important Thing In My Life." While I highly suggest reading the entire thing, here's a quick summary: as a writer in the gaming industry, you'd likely assume that he's consumed by gaming all of the time. And you'd be wrong. A self-proclaimed 15% gamer, he prides himself in being multi-dimensional. He's fortunate to have a job that allows him to scratch the gaming itch which allows him to pursue other interests in his free time.

This is something I've given a lot of thought to as well. As someone who is working in the industry, I've been exposed to every kind of game, and in turn, every kind of gamer. Ben points out that the notion of a "hardcore gamer" carries a certain negative connotation -- particularly the most vocal ones -- in that they allow gaming to define themselves, and in turn, asses their self worth. What this equates to in Ben's position is any criticism of a beloved franchise or console is interpreted as a personal attack.

Make no mistake -- gaming is an important part of my life. I choose to spend a fair amount of my spare time gaming. I love it. In terms of variety of experiences, platforms, and accessibility, there's never been a better time to be a gamer. Anyone with an idea can create and become the next big thing (see: Flappy Bird).

However, that's not all I am. 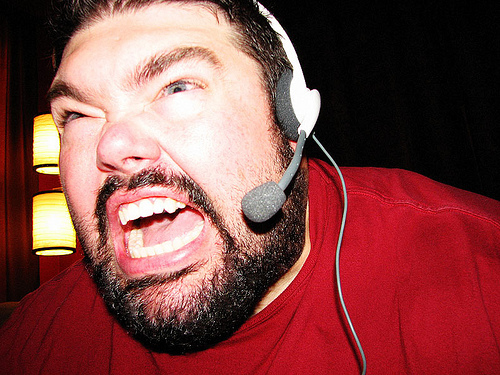 See What I'm Listening To